What Is Unified Threat Management (UTM)?

Unified threat management (UTM) refers to when multiple security features or services are combined into a single device within your network. Using UTM, your network’s users are protected with several different features, including antivirus, content filtering, email and web filtering, anti-spam, and more.

UTM enables an organization to consolidate their IT security services into one device, potentially simplifying the protection of the network. As a result, your business can monitor all threats and security-related activity through a single pane of glass. In this way, you attain complete, simplified visibility into all elements of your security or wireless architecture.

There are certain features that an ideal UTM solution must possess.

Antivirus
A UTM comes with antivirus software that can monitor your network, then detect and stop viruses from damaging your system or its connected devices. This is done by leveraging the information in signature databases, which are storehouses containing the profiles of viruses, to check if any are active within your system or are trying to gain access.

Some of the threats the antivirus software within a UTM can stop include infected files, Trojans, worms, spyware, and other malware.

Anti-malware
Unified threat management protects your network against malware by detecting it and then responding. A UTM can be preconfigured to detect known malware, filtering it out of your data streams and blocking it from penetrating your system. UTM can also be configured to detect novel malware threats using heuristic analysis, which involves rules that analyze the behavior and characteristics of files. For example, if a program is designed to prevent the proper function of a computer’s camera, a heuristic approach can flag that program as malware.

UTM can also use sandboxing as an anti-malware measure. With sandboxing, a cell inside the computer is confined to a sandbox that captures the suspicious file. Even though the malware is allowed to run, the sandbox prevents it from interacting with other programs in the computer.

Firewall
A firewall has the ability to scan incoming and outgoing traffic for viruses, malware, phishing attacks, spam, attempts to intrude on the network, and other cybersecurity threats. Because UTM firewalls examine both the data coming in and out of your network, they can also prevent devices within your network from being used to spread malware to other networks that connect to it.

Intrusion Prevention
A UTM system can provide an organization with intrusion prevention capability, which detects then prevents attacks. This functionality is often referred to as an intrusion detection system (IDS) or intrusion prevention system (IPS). To identify threats, an IPS analyzes packets of data, looking for patterns known to exist in threats. When one of these patterns is recognized, the IPS stops the attack.

In some cases, an IDS will merely detect the dangerous data packet, and an IT team can then choose how they want to address the threat. The steps taken to stop the attack can be automated or performed manually. The UTM will also log the malicious event. These logs can then be analyzed and used to prevent other attacks in the future.

Virtual Private Networking (VPN)
The virtual private network (VPN) features that come with a UTM appliance function similarly to regular VPN infrastructure. A VPN creates a private network that tunnels through a public network, giving users the ability to send and receive data through the public network without others seeing their data. All transmissions are encrypted, so even if someone were to intercept the data, it would be useless to them.

Web Filtering
A UTM’s web filtering feature can prevent users from seeing specific websites or Uniform Resource Locators (URLs). This is done by stopping users’ browsers from loading the pages from those sites onto their device. You can configure web filters to target certain sites according to what your organization aims to accomplish.

For example, if you want to prevent employees from being distracted by certain social media sites, you can stop those sites from loading on their devices while they are connected to your network.

Data Loss Prevention
The data loss prevention you get with a UTM appliance enables you to detect data breaches and exfiltration attempts and then prevent them. To do this, the data loss prevention system monitors sensitive data, and when it identifies an attempt by a malicious actor to steal it, blocks the attempt, thereby protecting the data.

Flexibility and Adaptability
With a UTM network, you can use a set of flexible solutions to handle the complicated assortment of networking setups available in modern business infrastructure. You can cherry-pick what you need from a selection of security management tools, choosing what is best for your specific network. You can also opt to obtain one licensing model that comes with all the technologies you want, saving you time shopping for individual solutions.

Because a UTM is flexible, you have the freedom to deploy more than one security technology as you see fit. Also, a UTM comes with automatic updates, which keep your system ready to combat the latest threats on the landscape.

Centralized Integration and Management
In a normal setup without UTM, you may have to juggle several security components at once, including a firewall, application control, a VPN, and others. This can take time and resources away from your team. However, with a UTM, you can consolidate everything and control it all with a single management console. This makes it easier to monitor the system, as well as address particular components within the UTM that may need to be updated or checked.

The centralized nature of a UTM also allows you to monitor several threats simultaneously as they impact multiple components of your network. In a network without this centralized structure, when a multi-module attack is occurring, it can be very difficult to prevent it.

Cost-effectiveness
Because of its centralized setup, a UTM reduces the number of devices your organization needs to protect your network. This may result in significant cost savings. In addition, because fewer staff are required to monitor the system, you can save on manpower costs as well.

Increased Awareness of Network Security Threats
The combination of a UTM’s centralization and faster operation results in an increased awareness of network security threats, enabling you to implement advanced threat protection (ATP). This equips your IT team to better manage advanced persistent threats (APTs) and other modern dangers on the landscape.

The enhanced capability to address these kinds of threats comes from a UTM’s ability to operate several threat response mechanisms in unison, which combine forces against the threats that attempt to infiltrate your network.

Faster Security Solution for Businesses
With a UTM, you can streamline the way data is processed and use fewer resources at the same time. The UTM does not require as much resources as several components operating independent of each other. The higher efficiency you get from a UTM may allow you to free up resources to better manage other essential network-dependent processes.

Although, on the surface, it may seem that the differences between next-generation firewalls (NGFWs) and UTM are merely semantic, depending on which NGFW you use, there may be some distinctions. To be clear, both solutions protect your network. With a UTM, however, there exists the possibility that you get services you do not need. Integrating these with your current network could involve extra work. It could also result in difficult decisions and a challenging setup process as you try to either combine the UTM’s features with what you already have or pit one against the other to ascertain which solution is better.

With NGFWs, on the other hand, such as the Fortinet FortiGate, you can choose to turn on the features you need, making it a complete UTM solution. Conversely, you can choose to only use it as a firewall or activate some protections but not others. If, for example, you have FortiGate and choose to use it to its full capacity, it will also work as a UTM system.

Another difference is that an NGFW is an effective solution for larger enterprises, whereas a typical UTM may get overwhelmed by the demands of an enterprise.

How Fortinet Can Help

Fortinet offers several solutions that give an organization the kind of protection they need from a UTM. FortiGate is an NGFW that comes with all the capabilities of a UTM. FortiGate has anti-malware capabilities, enabling it to scan network traffic—both incoming and outgoing—for suspicious files. In addition, the Fortinet UTM has an IPS that secures your network against attackers trying to gain a foothold within. If a malicious element attempts to exploit a vulnerability in your security, the FortiGate IPS can detect the invasive activity and stop it in its tracks.

FortiGate also comes equipped with data leak prevention software, which enables it to detect potential breaches and attempts at exfiltration. FortiGate monitors your network activity, then when a data leak is detected, it blocks it, protecting sensitive data. These protective measures can safeguard the data on endpoints, within network traffic, and within storage devices.

In addition to FortiGate, Fortinet has an expansive suite of products that you can use to provide comprehensive protection to all facets of your network.

We are well pleased to announce that Syscom is now on Aruba Gold Partner. We take pride in satisfyin... 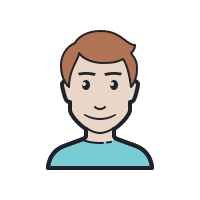